***This is part 3 in a series of posts. If you want to read part 1, click here. You don’t have to read the entire series to understand each individual post, but they are written to be complimentary to each other!***

As usual:  I am NOT a doctor, and I am not formally educated on mental illness. You should see a doctor to learn about your options.

A panic attack is a sudden episode of intense fear that triggers severe physical reactions when there is no real danger or apparent cause. Panic attacks can be very frightening. When panic attacks occur, you might think you’re losing control, having a heart attack or even dying. -Definition from mayoclinic.org

If anxiety is new to you, or if you’ve just experienced your first panic attack you’re probably pretty overwhelmed by what just happened. (Or maybe you’ve had them for years and you still find them overwhelming – that certainly wouldn’t be unthinkable!)

Saying a panic attack makes you feel like you’re losing control is like saying drinking a whole bottle of vodka in one sitting will give you a “buzz”.

Symptoms of a Panic Attack

Until you experience or witness a real panic attack, you probably have no idea the effect that fear can have on you physically. Mayo Clinic lists these symptoms:

I would add to add to the list, crying and serious hyperventilating.

If you have panic attacks, you’re likely to be afraid of having more panic attacks. A constant fear of having panic attacks can become panic disorder (which is one of the main anxiety disorders). It’s sort of a vicious cycle.

Panic disorder can be very severe and can really ruin your life. No exaggeration here. Your relationships, family life, social life and work can suffer. Simple things like getting groceries can feel crippling. Not to mention that people with panic disorder (like any anxiety disorder) can be at risk for substance abuse.

At least, that’s what I know to be true for me. I have panic attacks. I do not have panic disorder. I’m not afraid of having a panic attack. When I do have a panic attack, I never think I’m dying. I guess if we’re looking for silver linings, that makes my panic attacks cake walks compared to other people’s.

I have two kinds of panic attacks. The most common for me is the one that creeps up, I know it’s coming but I don’t know how to stop it. (Or at least I didn’t know how in the past. Over the course of this series I’ll share with you how I *usually* stop panic attacks in their tracks now.)

I’ve also experienced the lighting bolt kind. One minute you’re fine, maybe just a little nervous, the next minute you’re having a panic attack / total meltdown and you might not even know why.

BUT the more I have learned and the better I understand panic attacks… the less of a problem they have been for me.

As you begin to get your anxiety or panic disorder under control your panic attacks might naturally lessen. But if they don’t (or when you have a rare one) there are a few things to remember.

How I deal with Panic Attacks

Recognizing that this is just a panic attack is probably the thing the helps me the most in the moment. Just a panic attack. I. will. not. die. It sucks to have them, but the more of them I have the more I realize I always come out on the other side – alive. Just let it happen.

Can I admit that in a weird way once I get the “just let it happen” mind set going, having a panic attack actually HELPS me? Most of my panic attacks are brought on by spinning, uncontrolled thinking. I don’t stop the train of thought and it causes a panic attack. My physical symptoms, while awful (sweating, tingling hands/feet/face, racing heart, shaking, hyperventilating, then crying) can actually take my mind off the thoughts that caused the attack.

When you are in a situation that you know could cause an attack, or when you feel one coming, really focus on your breathing. Deep in and slow out. Over and over again. And relax your body (easier said than done). With practice this’ll get easier.

Knowing your triggers can be really helpful in dealing with panic attacks. I have two sure fire triggers – tight, dark spaces and letting my thoughts wander into dangerous places. For some of your triggers you might need therapy. For others you just need to understand that this thing (whatever it is) is hard for you and you might choose to stay away from it.

I usually choose not to go into tight, dark spaces. In Peru in 2012 I had a full on lightning style panic attack when I tried to go into a cave. I learned a lot from that. Like that it’s ok to not go into the cave. And if I DO decide to go, I should be focused on not panicking.

If it’s something I feel like I really want to do, I go slow and give myself permission to back out. In Denmark recently, I went into the “basement” of Kronborg castle. I really thought hard about why it would be safe or unsafe and I let everyone I was with know that it was hard for me (yes I’m THAT girl. It’s ok to be THAT girl). I talked to the guide specifically so he could warn me when it was going to be darker / smaller.

I’d like to say that it was a great experience. It was actually pretty awful and I didn’t really enjoy it at all. I was really happy when we got out of the basement.

I focused on my breathing a lot on the tour. Thinking about nothing but breathing in and out, over and over again. I forced my body to relax when I felt myself tensing up. I just flat out didn’t go into the darker smaller places, choosing not to push myself farther.

But I didn’t have a panic attack. I can remain in control of my anxiety. And, I’ll bet with some practice, so can you. 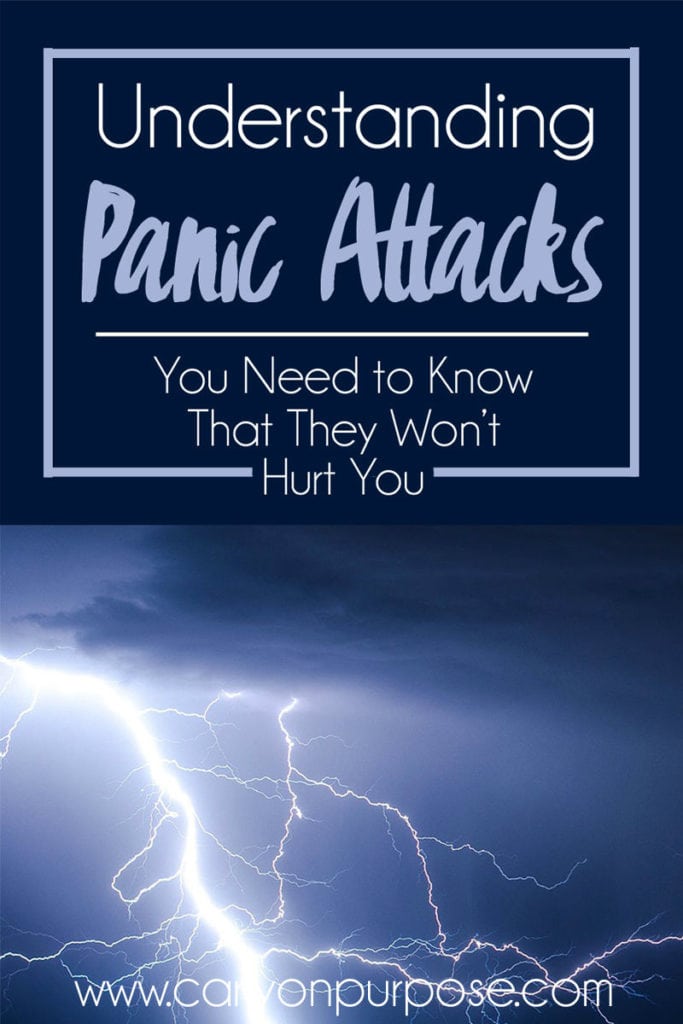 SUBSCRIBE AND I'LL SEND YOU MY PIN TEMPLATE STARTER KIT: 11 GORGEOUS PIN TEMPLATES, MY PERFECT PINS CHECKLIST, AND SOME OF MY BEST TIPS THAT YOU CAN IMPLEMENT FOR BETTER PINS IMMEDIATELY.
you can unsubscribe at any time
167 shares