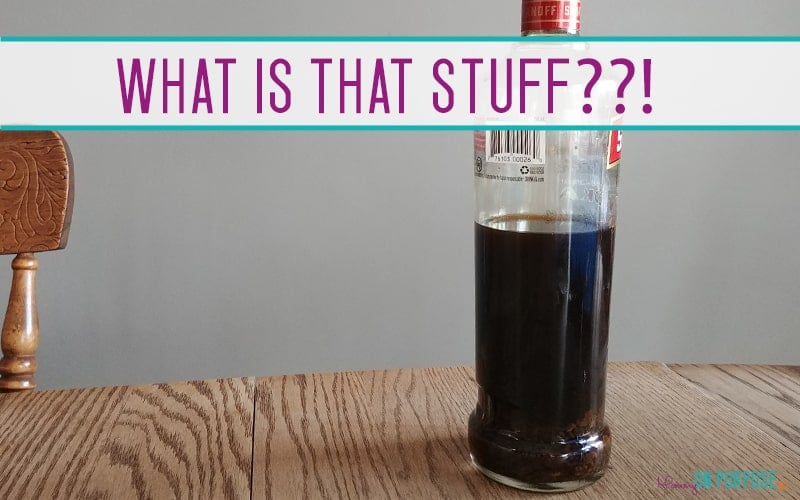 What is Swedish Bitters?

I’m really surprised by the lack of info online regarding Swedish Bitters! Sure, some exists, but I can’t find many really in-depth articles about the stuff. I have NO IDEA why… in my family we’ve been using it for years and years, and we swear by it. It’s almost magic.

Swedish Bitters (or Swedenbitters as it’s sometimes called) is a traditional herbal tonic, made by soaking a mixture of herbs in alcohol for a minimum of a week. It’s recipe varies slightly depending on which country or company you’re getting it from. It has German roots and very strong historical ties with Austria and Sweden.

Sometimes called the “elixir of long life”, and my grandma used to tell me that the guy who invented it was killed at 102 – he was hit by a car while he was jogging on the side of the road. This isn’t actually true… But the guy who re-discovered the old recipe (Dr Claus Samst) in the 17th or 18th century and made it famous in his country actually did live to be over 100, and was killed in a riding accident.

So details, details. He definitely lived a long long time, and he definitely didn’t die of health struggles due to old age.

The renown European herbalist Maria Treben is probably the lady to credit with the modern knowledge and use of Swedish Bitters. She wrote extensively on it in her bestselling book Health Through God’s Pharmacy. (I really recommend this book if you are interested in natural remedies, it’s a pretty interesting read.) She considered Swedish Bitters to be something of a cure-all.

You can buy swedish bitters here, or (and this is how I do it) you can buy a package of the dry herbs and mix them in a bottle of vodka. (MUCH cheaper option!!!)

If you’re asking “what does Swedish Bitters do for you…. well, there are claims that it can do A LOT!

She (Maria Treben) claims “Swedish Bitters cleanse the blood, improve circulation, dispel flatulence, headaches, indigestion, stomach, gallbladder, liver and kidney disorders (even if alcohol is not allowed). These drops stimulate a sluggish intestine and dispel dizziness and lameness. For all illnesses, they are most beneficial, even for cancer.” (excerpt from Health Through God’s Pharmacy)

Now, I guess because it’s my blog I can weigh in here and say that I don’t believe that there is a cure for everything.

Maybe I’m realistic, or maybe I’m jaded. I’m not sold on the fact that Swedish Bitters will solve all the health issues we will run into.

I AM sold on Swedish Bitters however. My house is never without it. Because it works.

I personally (and my entire family) have used it with amazing success over and over for any sort of stomach upset / indigestion / gas / nausea / off feeling. It’s also the best thing you will ever have for itches of any kind – insect bites, allergic reactions, stinging nettles, weird pregnancy related itchiness ect.

I’ve never tried it for anything else, but I intend to now that I’m really thinking about it!

Well, like I said, that sort of differs slightly depending on where you’re getting it.

There are “knock-off” versions that only include two or three ingredients. Don’t buy those ones!

You can purchase a premixed version, either of dry herbs or of the already soaked herbs. (Dry herbs is by far the best value of course, as is anything that requires you to do the work.) I buy the “original Swedenbitters” dry blend from Flora. It has 15 ingredients, and you just add the dry mix to a bottle of vodka.

And Vodka, of course.

How to Make Swedish Bitters

While you could potentially source all your own ingredients, I would STRONGLY recommend buying a premixed blend. Some of the ingredients, like Aloe, for example would be better left to someone who has done their homework. The resin of Aloe is not necessarily recommended for ingestion, but the mix I buy uses the leaf. (I doubt very much that you could actually buy the resin in this country anymore for ingestion. But still.)

So I purchase the dry mix and a bottle of vodka and put ’em together.

I pour a little vodka out of the bottle (so the herbs fit), and use a funnel to get the herbs into the bottle. I add as much of the leftover vodka back to the bottle as possible. Then I put it under my kitchen sink (in the dark) and shake the bottle every few days.

You can strain it after 10 days or so… But I don’t, because who has time for straining?

How to use Swedish Bitters:

Use a cotton swab to apply it to itchy skin or take a teaspoon in a small glass of water for an upset stomach / indigestion.

Another warning: we always say if you need to get something out of your stomach, Swedish Bitters will get it out. (And then you’ll feel better.)

If you’d like to try Swedish Bitters but aren’t interested in making it yourself, you can purchase it on Amazon!

So have you ever used Swedish Bitters? Why does it seem like no one else has ever heard of it? 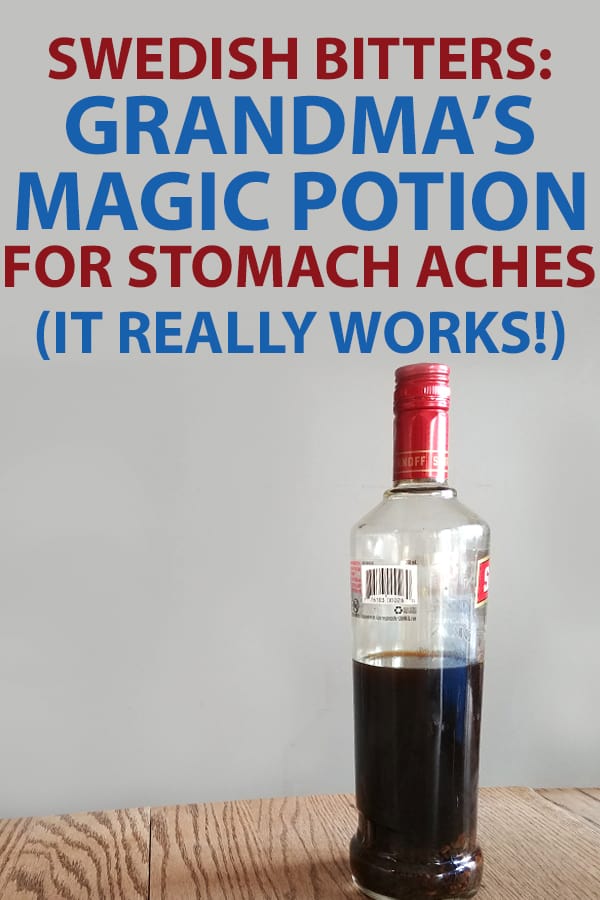 50 thoughts on “Swedish Bitters – Our Favorite Remedy for Everything”

SUBSCRIBE AND I'LL SEND YOU MY PIN TEMPLATE STARTER KIT: 11 GORGEOUS PIN TEMPLATES, MY PERFECT PINS CHECKLIST, AND SOME OF MY BEST TIPS THAT YOU CAN IMPLEMENT FOR BETTER PINS IMMEDIATELY.
you can unsubscribe at any time
292 shares