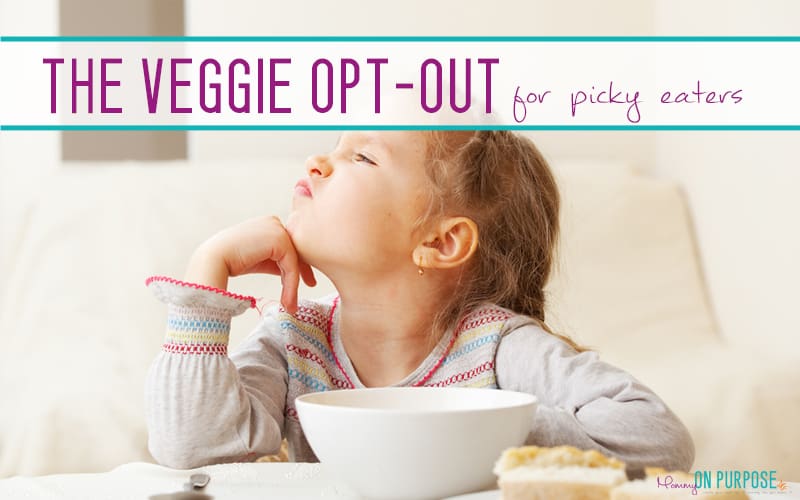 There’s nothing that makes you feel more like a winner of a parent than a 2 hour fight over taking JUST ONE BITE – when your toddler won’t eat dinner.

I should know, because we did this routinely for a few months and I’m still scarred from it.

In fact, the whole experience was so awful that it prompted my husband and I to come up with a solution to mealtime battles that we feel great about… and we’ve been pleasantly surprised at how well it works!

In our house, toddler power struggles over food are a thing of the past, and we NEVER have to fight with a toddler who won’t eat dinner.

It’s not too surprising, considering that he’s 3.5 years old… and both my husband and I are somewhat picky eaters too. We both have our likes and dislikes, and there’s things neither of us will touch.

Without getting too philosophical about parenting here, to solve any parent-toddler battle you need to know what you believe is important.

I personally believe there’s some fights that we MUST pick as parents, some things we MUST hold our ground on.

I also believe there are some things that just DON’T MATTER.

(It’s ok to make parenting choices that differ from “main-stream parenting norms” – as long as you are confident that the choices you make aren’t hurting your children.)

For us, whether or not our toddler is eating “the dinner I cooked” is one of those things that just doesn’t matter. (Especially when I anticipate ahead of time that he’s not going to eat it!)

However, NOT eating dinner and then asking for snacks later is unacceptable in our house…

As is not eating dinner and then expecting me to short-order-cook grilled cheese sandwiches. (That’s a hard pass, kid.)

So, we came to a great alternative that makes everyone in our home happy:

Our kids have the choice of a veggie opt-out.

They can either eat what I make for dinner, or they can opt-out with a full plate of veggies.

They can have a huge plate of steamed broccoli, a pile of steamed green beans, or a plate of fresh copped up carrots and cucumbers etc. (They don’t get to choose which opt-out veggies they get, I tell them what they’re having, generally based on what’s available in the house.)

They can also choose to eat their veggies LATER if they aren’t hungry at dinner time.

Believe it or not, my kids choose the opt-out veggies 5 nights out of 7. (I MAKE SURE there are opt-out veggies in the house. I regularly buy 4 costco-sized bags of frozen broccoli at a time!)

Sometimes they’ll choose to eat PART of a meal and fill the holes with veggies.

I don’t care. There’s no limit on how many veggies they can have.

(If your child won’t eat veggies at all, you probably need to work on that. Vegetables are essential to good nutrition, and all children should eat them. Here’s 10 things to try when your toddler won’t eat veggies.)

If you eat them, even if you don’t eat a single bite of whatever I made for dinner, you can still have snacks later!

(That is a rule we do have… No snacks later unless you eat either whatever I’ve cooked… or veggies.)

How we got to this place:

One particularly frustrating evening, I made the mistake of saying the eternally idiotic words “FINE DON’T EAT, but you can’t have anything else to eat until you at least TRY this! You can even spit it out, but you have to at least taste it, you don’t even know if you like it or not!”

(To which my 3 year old with the ridiculously good memory cried “I’ve tried this before at someone’s birthday” (it was his own birthday 6 months prior, in fact) “And I KNOW I don’t like it”.

He sat on the bench on and off (our preferred method of punishment), he cried miserably, we yelled more than I’d like to admit. I wasn’t exaggerating when I said this ordeal lasted 2 hours.

But, because I believe that once a parent has laid down an ultimatum with a toddler, they MUST win, two hours later my sad little boy took a bite of his stroganoff, and then promptly spit it out into the garbage.

And I said to my husband, “That destroyed our whole evening and the beans are better for him than the stroganoff. Why would we ever HAVE that fight again?”

That was the birth of our veggie-opt out.

1) It gives them the ability to choose

Like I mentioned before, my husband and I are both picky. We hate to be told what to eat! Being forced to clean our plates growing up didn’t make us less picky… (if anything, it made me MORE picky!)

As an adult I love having the power to choose what I eat and when I eat it.

But as the mom, I’m making sure the choices they have are ones I’m good with.

I firmly believe that a healthy parent / child relationship is one where the parent is the authority (providing they are a loving authority, of course).

Well adjusted kids KNOW that mom and dad are the boss.

Every two-hour dinner battle that ends in a totally worn-out mom who gives in to snacks before bed (despite-lack-of-dinner ) just so she can GET SOME SLEEP is a battle that loses you ground on the bigger issues.

3) It’s actually BETTER for their nutrition

I would bet that my kids have better over all nutrition than the average kid.

You’d be hard pressed to prove to me that a plate of mac’n’cheese (something they both regularly turn down) is actually better for them than the veggies they’ve chosen.

Also, because I know they’re regularly eating veggies, I don’t feel so guilty about giving them a treat every now and then.

(Sure, you can have a cookie, you did eat an entire bag of broccoli this week 😂.)

We know now that being overly controlling with our kids food – either restricting foods or forcing them to clean their plates, or even making them eat when they are not hungry – can actually be detrimental to their long term relationship with food (source).

Raising kids who choose vegetables and who KNOW they are allowed to say no to food when they don’t want to eat are good things!

How to start your own Veggie-Opt out

If you’d like to try introducing a veggie-opt out to end meal time battles with toddlers who won’t eat dinner, here’s a few tips to help make it a success:

If this doesn’t sound like it’s going to work for you, here’s a few ways to get picky eaters to try new foods!

How do you handle it when your toddler won’t eat dinner? 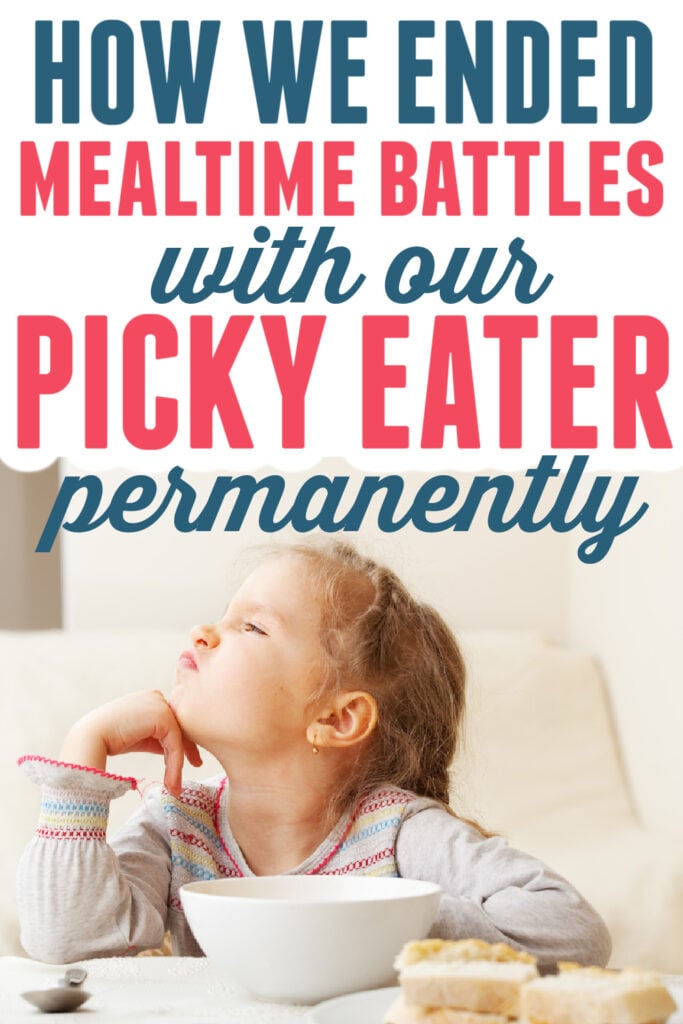 SUBSCRIBE AND I'LL SEND YOU MY PIN TEMPLATE STARTER KIT: 11 GORGEOUS PIN TEMPLATES, MY PERFECT PINS CHECKLIST, AND SOME OF MY BEST TIPS THAT YOU CAN IMPLEMENT FOR BETTER PINS IMMEDIATELY.
you can unsubscribe at any time
234 shares